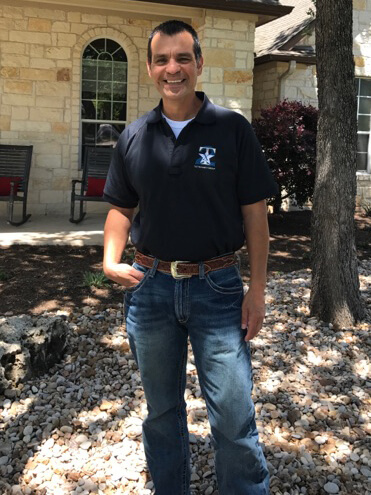 DAVID graduated from Southwest Texas State University with a Bachelor’s in Criminal Justice. David comes from a law enforcement background. He became a Texas State Trooper and served the majority of his career in the highway patrol, with major emphasis in criminal interdiction. He won numerous captains and commanders awards for his work in criminal interdiction and has been successful in child interdictions.  He has worked alongside with the FBI and Secret Service on a major case and has attended conferences and trainings held by the FBI, U.S. Marshals and DEA.  David has attended training in Fugitive Investigations hosted by the United States Marshals Service; attended the United States Department of Transportation and Federal Motor Carrier Safety Administration Intelligence Networking and Training Conference in Atlantic City, New Jersey.While with the Department of Public Safety, David became a Drug Recognition Expert (DRE) and was the class Valedictorian.  It is the only internationally recognized expertise, being able to testify as an expert in a court of law if needed.

David served as a Staff Sergeant with the Executive Protective Bureau Governor’s Protective Detail and traveled with then Governor Perry as he ran for President of the United States. He has attended and completed Dignitary Protection Training through the Department. David has worked alongside the Texas Rangers in finding a fugitive wanted for questioning in child sex crimes, receiving recognition for his covert plan for finding and flushing the fugitive out of hiding and subsequently arresting him.

David has attended the University of Texas Identity Theft/Fraud Seminar in Austin, Texas. He currently holds a Texas Masters Peace Officer License. He brings this vast training and experience into the private industry to assist his clients in recognizing the threats that exist in our world today.

Since coming to the private industry, David has attended Special Event Management Seminars that are guaranteed to help companies, big or small, to mitigate their liabilities in their day to day operations. In the private sector, he has coordinated numerous special events from SXSW to Private Venues for exclusive high end clientele, Corporate America, Black Friday big box chains, Houses of Worships and the list goes on. David has spent hundreds if not thousands of man hours coordinating, scheduling, personally consulting and mapping out security and safety issues for events.